As part of an annual tradition at this time of year, the Public Knowledge Project (PKP) released its 2021 Annual Report on June 28th, 2022. The report, covering the fiscal year 2021 to March 31st, touches on all the year’s highlights in PKP’s ongoing efforts to expand public access to research and scholarship.

At the top of the highlight list this year is PKP’s signing on to Simon Fraser University’s (SFU) Core Facilities Program. PKP is only the fifth entity at the university to be named to this exciting Vice President Research and International program. It lends emphasis to just how core PKP has become to the institution’s mission of being an engaged university on this front of research on an international scale. As a Core Facility, PKP is now part of the Office of Vice President Research and International, which seems like a perfect match for PKP’s advancement of research on an international scale. Yet PKP will remain closely associated with SFU Library, which has been a much-appreciated source of support for PKP since 2005. 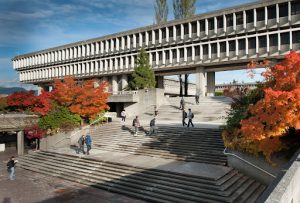 In 2021, PKP also took an important step forward by introducing a new community Code of Conduct, as a result of forming an Equity and Inclusion Team, as well as adopting new hiring practices to attract more diverse applicants. On the research front, PKP established that just over 25,000 journals were using PKP’s Open Journal Systems (OJS) in 2020, rising to 32,000 in 2021. There can be little doubt that this platform is the most widely used in the world, with a full analysis of the journals using OJS now underway by members of the project. One early finding is that OJS is being used to publish research in 60 languages, which brings the concept of bibliodiversity in scholarly publishing to a whole new level.

With other PKP software, Open Preprint Systems (OPS) is now being used by the Japanese Science and Technology Agency (Jxiv) and the American Anthropology Association (OARR), as well as for engineering (engrXiv). Publishing Services added 117 journals and 73 clients to its customer base, while bringing four new hires on board to increase its support and systems teams. The Documentation Interest Group (DIG) was able to add new content on indexing, metadata upgrades, and journal policies, with additional work done on translating and plugins.

One important part of the Annual Report is the financial accountability it provides for PKP. For this fiscal year, PKP’s sustainability has proven robust, with a 17.8 percent increase in revenue, pushing the total to over $2 million (CAD) for the first time (with an also first-time total over $1 million from Publishing Services client). PKP’s expenses came in below that revenue total by 10 percent, allowing PKP to responsibly add to its reserve.

The revenue growth experienced this year not only came from Publishing Services, however, as SciELO became PKP’s seventh Development Partner extending the reach of this program to three continents. As well, PKP was able to add to its list of Sustainers at every level of contribution. There was also continuing and much appreciated support from members of the Global Sustainability Coalition for Open Science Services (SCOSS). And last, but not least for this summary of the year’s activity on many fronts, the Report concludes with a list of ten research and report publications coming from the PKP team that covered a wide range of topics from mapping media coverage of Covid-19 preprints to the charging of university students for course readings. Without downplaying the difficulties the pandemic posed globally in 2021, we invite you to have a look at the successful year had by the Public Knowledge Project during these challenging times.