Fair Use, Worth Celebrating – But Open Access Needs Copyright Reform

February 26th, 2020 by PKP News | Comments Off on Fair Use, Worth Celebrating – But Open Access Needs Copyright Reform

“It no longer makes sense to seek further manipulation of fair use’s legal concessions and the trade-offs of open access policies. It is time, rather, to amend the law.” John Willinsky

In 2019, PKP founder and director John Willinsky was awarded a grant from the Arcadia Fund, a charitable fund of Lisbet Rausing and Peter Baldwin, to investigate the potential of copyright reform in support of open access. In particular, John is drawing on support from the U.S. Constitution’s stated purpose for copyright, namely, “to promote the progress of science.” He argues that American copyright law can be shown to be currently impeding the progress of science, now that scholarly publishing’s stakeholders agree that open access is best for science.

Part of his discussion and work revolves around the limits placed on the concept of fair use and fair dealing, that is, “the use of copyrighted materials without permission from the copyright holder under certain circumstances.“ In recognition of Fair Use/Fair Dealing Week (February 24-28, 2020), we asked John to share his perspectives on the matter.

Fair use places a limit on copyright, allowing use without permission for certain purposes, including research. Why is this not enough to promote the progress of science?

JW: It is indeed fair that a researcher is able to, say, copy an article for use in their work without violating copyright, given the public good created by that research. But that assumes that the researcher has direct access to the article to be able to then copy it. Fair use works for the incidental copying of materials that one is able to review, as an amateur astronomer might make a copy of a Scientific American article they encountered at the local public library (and such people do end up making contributions to the field). The progress of science today, however, more generally depends on researchers having access to thousands of relevant studies, reviewing hundreds and studying intensely a portion of those, with a concern over having been able to access all that matter to the work. That’s not what fair use is designed to handle.

Are you suggesting that we don’t celebrate Fair Use/Fair Dealing Week then if we support open science?

JW: Not at all! I’m delighted to see it celebrated in this way each year. The concept is critical to public libraries and free speech; it is vital to my steady diet of book reviews, in which reviewers engage in fair-use quoting of works; it played a regular part of my life as a school teacher, as I’d tear out a Globe and Mail article at breakfast to use in my class. Fair Use and Fair Dealing are cultural treasures.

If not fair use and fair dealing, then what?

JW: It is not fair is to expect fair use and fair dealing to make up for what is a digital-era deficiency in copyright, a deficiency in which copyright offers no incentive for open access to research and scholarship, as it does for excluding readers from published work (which is necessary for the income of other writers but not researchers). Thus, I’m building a case for applying compulsory licensing to research and scholarship to ensure scholarly publishers are fairly compensated by the institutions and funders that depend on such publications and that work is open to the world so that it can do the most good.

Want to learn more? Check out John’s work in a series of blog posts on SLAW.ca, then explore his case for reform in his latest book draft “Copyright’s Constitutional Violation.” 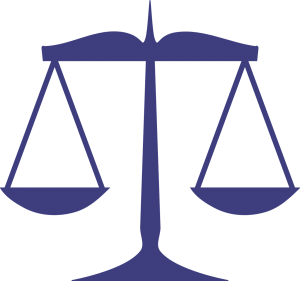 Image by Clker-Free-Vector-Images from Pixabay