Arcadia – a charitable fund of Lisbet Rausing and Peter Baldwin, has awarded a grant of $165,000 to John Willinsky, Khosla Family Professor at Stanford University Graduate School of Education, and director of the Public Knowledge Project. The funding is underwriting a two-year investigation into how best to reform copyright law in the United States and elsewhere to ensure that it will “promote the progress of science and the useful arts.” as the U.S. Constitution frames the intent of intellectual property law, rather than impede it.

“Over the course of the last two decades, scholars, publishers, librarians, and funding agencies have come to embrace open access to research and scholarship as the very best way to advance the goals of learning and the vital knowledge-building activities in which they are engaged,” said Willinsky, whose research focuses on the sharing of knowledge through scholarly communication. “It is now time to explore whether copyright law can begin to contribute to universal open access to this body of work, much as this body of law has been updated to better serve many other forms of human expression in light of digital-era changes in communication.”

This  grant  will enable Willinsky to consult with legal scholars, copyright lawyers at university and public libraries, publisher representatives, and government officials in his efforts to both assess the feasibility and potential structure of such legal reforms. Willinsky expects to assemble relevant precedents, legal arguments, and operating mechanisms for initializing such legal reform.

These efforts to bring about greater public access to research will have educational benefits for students, professionals, and the interested public, in addition to promoting the progress of science on a global scale.

The Public Knowledge Project is a research and development initiative founded by John Willinsky in 1998 and hosted at Simon Fraser University Library. The project plays a key role in supporting open access to research and scholarship through its development of the world’s most widely used open source publishing platform for journals and monographs, as well as in conducting vital studies in areas such as university policy support for open access, faculty publishing values, and social media use of research.

Arcadia is a charitable fund of Lisbet Rausing and Peter Baldwin. It supports charities and scholarly institutions that preserve cultural heritage and the environment. Arcadia also supports projects that promote open access and all of its awards are granted on the condition that any materials produced are made available for free online. Since 2002, Arcadia has awarded more than $663 million to projects around the world. 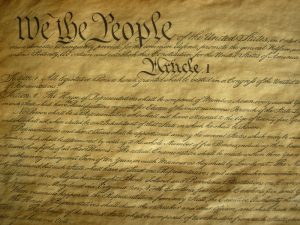