In June 2022, The Federation of Finnish Learned Societies hosted a PKP software sprint in Helsinki, Finland. During this sprint, PKP community members gathered to form several groups, with each group tackling a specific task. This is a summary of one such group’s work.

Incomplete submissions are typically articles that authors start to submit to a journal, but they have not completed the process and thus, the submission is not sent to the editor. This sprint group aimed at creating a tool for removing old incomplete submissions. Several perspectives came to light, thanks to the varied backgrounds of the group members. A tool was successfully created for Open Journal Systems (OJS), which can be adapted for Open Preprint Systems (OPS), and for Open Monograph Press (OMP).

The goal of the group was to create a tool for removing old incomplete submissions.

There are typically two sources for submissions that are never finished. Firstly, users simply create them when using the submission form and do not finish the process. This can be because they just want to test how the form works or they might encounter a problem or a policy they do not agree with.

Secondly, the QuickSubmit plugin for OJS creates a new submission just by opening the QuickSubmit form. The plugin does clean the created submission if the form is closed by hitting the Cancel button, but in many cases users will navigate away in some other way. This means that journals using QuickSubmit for importing old issues are likely to have a lot of incomplete submissions. Also, incomplete submissions used to be hidden in OJS2 and journals migrating to OJS3 are likely to find them after upgrading.

As a site manager with multiple journals, editors are likely to ask whether these submissions could be removed altogether and currently OJS does not provide any easy way of accomplishing it. A feature for bulk deleting incomplete submissions has been requested at least on two occasions, here, and here.

The sprint group consisted of eight members with a couple of members moving between groups on the second day.

The topic of the group seemed fairly clear, consisting of a discussion on how the tool for removing incomplete submissions should work, ie., what kind of criteria should be applied when removing a submission. After the discussion there would be the actual development work during the second day so that at least a simple prototype tool would be created during the sprint.

However, from the very beginning it became clear that group members with different backgrounds saw the problem from different perspectives.

For a site manager a tool for cleaning incomplete submissions is clearly needed with several requests in GitHub. This tool will help especially larger installations and newly migrated OJS2 journals to clean the archive after moving to OJS3. It is also easy to trigger the tool with a cron job to regularly delete incomplete submissions if wanted.

Finally, the group also discussed whether the editors should be able to see the contents of incomplete submissions at all. In many cases the authors might not realize that an editor can see their work if the final send button is not yet pushed. On the other hand, the ability to see unfinished submissions allows the editors to guide authors if they encounter problems.

Although other perspectives were discussed during the first day, it was decided to go ahead and code a tool for site managers to remove incomplete submissions. The result is a simple command line tool. When calling the script the site administrator defines a time limit in days and any incomplete submission that has not been active within the given time limit is deleted. The pull request for the new tool can be found here.

Planned features that are not yet coded included limiting the results to a specific context and checking whether the incomplete submission has actual content like files and/or metadata. Currently the tool is only designed to work in OJS, but could be fairly easily converted to support all three applications.

Besides coding a tool, the group also prepared a new Feature Request and an additional comment to an existing GitHub issue based on the discussions.

The Helsinki 2022: Cleaning Incomplete Submissions sprint group generated the ideas contained in this blog post. The post itself was written by Antti-Jussi Nygård (edited by Famira Racy), and credit goes to everyone in the group including Rune Nilssen, Tom Granroth, Tim Wakeford, John David Didriksen, Susanna Virtanen, Risto Mustonen, and Dulip Withanage.

Below: photo taken in Helsinki by PKP’s own Jason Nugent. 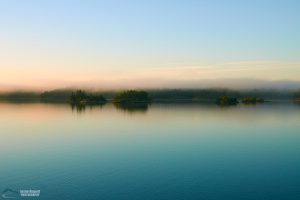