In January of 2017, PKP Director John Willinsky proposed “subscribing to open access” as a concept for flipping journals to open access with the full and continuing support of their subscribing libraries. Later that year, the concept was initiated by Annual Reviews under the moniker “subscribe to open” (S20), with a full pilot of five journals launched in 2019. Also in 2019, Libraria (in which PKP is involved) worked with Berghahn Journals to pilot S2O with 13 journal titles. The pilots succeeded and all 18 titles went open access in 2020. We are pleased to report another publisher, Pluto Journals, has launched an S20 pilot.

Pluto Journals is an independent social science publisher based in London. On August 5, 2020, Knowledge Unlatched, with support from Libraria, announced a pilot project with Pluto Journals to transform Pluto’s complete journal portfolio to OA from 2021 onwards. To achieve this, Pluto is now asking libraries and institutions currently subscribing to renew for 2021 according to the S20 model:

“We now appeal to subscribing libraries to back the model, which should also showcase a sustainable solution to Open Access across publications and publishers of all sizes. With librarian support, we hope this model can be adopted more widely as an alternative to the ‘Publish and Read’ Big Deals that are starting to dominate the Open Access landscape to the detriment of smaller-scale journals.” (Roger Van Zwanenberg, Managing Director, Pluto Journals)

Institutions that want to support the initiative by subscribing to the journal portfolio of Pluto Journals can do so by getting in touch with Knowledge Unlatched or their preferred subscription agent.

Subscribe-to-open is a model for sustainable open access that builds on the existing economy of research library support for scholarly communication. It forms one of the pillars for reforming scholarly publishing promoted by Libraria, a collective of anthropologists in which PKP is actively involved. The model has also evolved out of the work of Raym Crow on cooperative approaches to scholarly publishing, as well as PKP’s Open Access Publishing Cooperative Feasibility Study funded by the MacArthur Foundation from 2015-2017.

S20 offers libraries the option to subscribe to journals their communities value at similar prices and with similar quality to the journals under a closed subscription. In exchange, journals can go open without charging authors APCs, imposing embargoes on published work, placing restrictions on who can publish, or setting any other limits. Check out Berghahn Open Anthro, now with 281 libraries subscribed, to learn more about the history and process of S20, including frequently asked questions by libraries and authors.

What’s Next for S2O?

As reported in our 2019 Annual Report, Berghahn and Annual Reviews have plans for expanding the model, with more publishers giving it serious consideration also with support from Knowledge Unlatched. 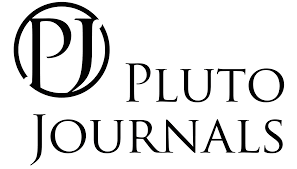