Our story begins in February 2017 when SciELO first announced their quest for a preprint server. Like many circa 2016, SciELO was coming around to the idea that preprints could and would serve an important part in their strategy for open science. But despite a clear vision and path to get there, SciELO was missing an important piece: infrastructure.

In 2018, PKP announced a working partnership with SciELO to build the open source software necessary to host preprint servers. The requirements were clear and had been expertly laid out by SciELO: they needed a preprint server that could meet the decentralized, multilingual, and multidisciplinary needs of their network. But not only that, they needed their preprint server to be fully interoperable with – you guessed it – Open Journal Systems (OJS). Armed with specifications and seed funding from SciELO, along with a generous donation from a Stanford University donor, it wasn’t long before SciELO’s preprint server, Open Preprint Systems (OPS), was born.

OPS 3.2 Beta is set to be released on February 28, 2020 alongside OJS/OMP 3.2 and we couldn’t be more thrilled – for both SciELO and the doors this software opens for the global scholarly communications community. What’s so special about OPS? To begin, three reasons why.

Originally, conversations with SciELO went something like this: “Could OJS work for preprints?” We soon realized no, OJS was not the solution – we needed something different. Or did we? What if we built a preprint server by modifying OJS? This, it turns out, was the answer. OPS joins OMP and OJS as applications built using the PKP Web Application Library as their foundation. This is why we call it OPS 3.2, why translations into dozens of languages are well underway, and why we know—after 19 years of OJS—that this new software is built to meet the highest industry standards. Those familiar with our software will also recognize built-in support for a wide array of features from OJS and OMP. Even better, OPS, once fully released, will be supported by the PKP Docs Hub and PKP School. PKP Publishing Services will also be available for hosting.

Like all PKP software, OPS will be released under the GNU GPL v3 software license. As such, OPS is not just free in terms of price, it also comes with the freedom to run, change, and redistribute the software as you see fit. What really sets PKP’s approach to open source, however, is not the license. OPS is really open because it has been designed and built to be locally installed and controlled. Anyone with the technical-know how to install a web application will be able to set up their own preprint server without the need to engage with a centralized service. OPS is also really, really open because it is community-led and supported. The latter meaning that the community owns the project and when contributions are made, whether in-kind, volunteer or financial, they benefit the entire community.

A result of being an open project that can be set up and run from anywhere in the world is that the users of PKP software are distributed globally. This means that PKP software, including OPS, needs to work across cultural differences, including language. This is why OPS, OJS, and OMP are inherently multilingual. To start, OPS 3.2 Beta will be a trilingual release in English, Portuguese, and Spanish (the latter two provided by SciELO) with additional languages to come. Recent changes to the way PKP manages community translations mean OPS can be easily translated and will benefit from translations made to other PKP software. In addition to an interface that can be run in multiple languages, OPS is the only preprint software that fully supports multilingual content by allowing documents and metadata to be uploaded in any number of languages.

What’s next? A beta release of OPS, as noted, is set to launch on February 28, 2020. Following the release you will find a demo version of the software, along with a feature list and basic installation instructions, on the PKP website. Community feedback will be welcome on the PKP Community Forum.

You can also learn more, and see OPS in action, by attending a free, online demo on March 4, 2020 at 9AM PST. Register online to reserve your spot. 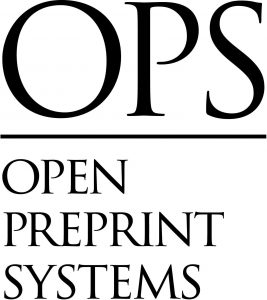