In October 2013, the Smithsonian Institution Scholarly Press (SISP) launched Open SI, a new online production management and publishing system for digital materials built on the Open Monograph Press (OMP) platform. As an early adopter, SISP has contributed to the development of OMP and we are delighted to see Open SI launch.

SISP is the Smithsonian’s internal scholarly publishing program dedicated to disseminating research in all disciplines of Smithsonian scholarship including anthropology, botany, history and technology, geology, paleobiology, museum conservation, and zoology. Ginger Strader, Director of SISP, says, “The launch of Open SI means the public will have improved access to a substantial collection of publications representative of the types of scholarly research that occur every day at the Smithsonian.”

Open SI will enhance the experiences of SISP’s authors and readers alike. The OMP platform eases production workflow for editors, reviewers, and authors and provides readers free and easy access to current issues of SISP’s publications. All federally funded SISP publications have been available online for several years through a web page linked to one of the Smithsonian’s institutional repositories, but Open SI takes user access one step further by providing publications in an intuitive and easy-to-use web interface.

In the coming year, Open SI will also house the complete digitized archive of SISP open access publications. Migration of all legacy volumes will mean the full offerings of the Smithsonian Contributions series, the proceedings series, and Atoll Research Bulletin will be accessible for researchers and the public.

The launch of Open SI demonstrates the Smithsonian’s commitment to open access by ensuring increased and easier access to its published research, and we are proud that OMP is able to support SISP in fulfilling that commitment. PKP and SISP look forward to the continued development of Open SI and the OMP platform in ways that will promote the accessibility of SISP publications and the customer experience of all users. 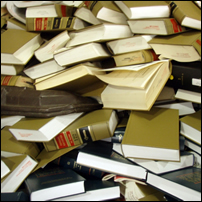