March 17th, 2022 by Nathalie | Comments Off on PKP reacts to Russian invasion of Ukraine 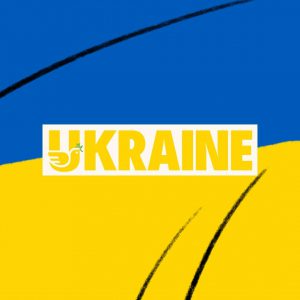 Full details can be found here.

In response to this announcement, John Willinsky, PKP Founding Director, states, “We are encouraged by Canada setting up funds for Ukrainian researchers. PKP will be looking to support the 500+ Ukrainian open access journals using its open source Open Journals Systems publishing platform. We’re taking extra steps to ensure the preservation of, and the continuing open access to, the research published in these journals by providing online backup services for them.”

The humanitarian toll of an increasingly brutal war is rising. More than 2.8 million refugees have fled since Russia began its invasion on February 24, according to the Office of the United Nations High Commissioner for Refugees. Following Ukrainian President Volodymyr Zelenskyy declaring martial law in the country in the aftermath of the invasion, higher education in the country has been put on indefinite hold.

We are deeply concerned about the life and well-being of Ukrainian researchers, scholars, and students, as well as their families and communities. Our priority remains to strengthen global scholarly communication efforts to put knowledge and understanding ahead of intolerance and violence. There is a solidarity and collaborative spirit that forms a vital part of this global research enterprise, with events such as these bringing home how we cannot take this connectedness for granted.

At times such as these, we each want to help however we can, whether it may mean giving some thought to the scholarly contributions that Ukrainians are making through the set of 500+ journals with which we work, and it may mean making a contribution to the National Bank of the Ukraine’s Humanitarian Assistance to Ukrainians Affected by Russia’s Aggression, identified as one way to show support by our PKP developer in Kyiv who continues to work under the devastating conditions facing that city.